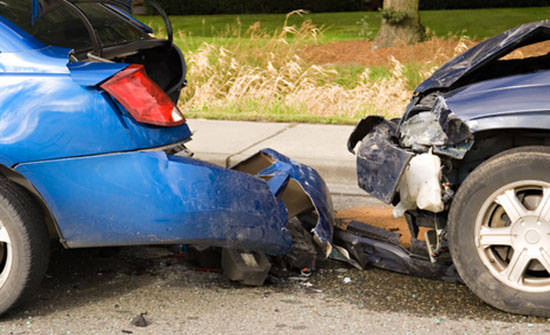 On Sept. 21, 2011, plaintiff Anthony Pierce, 46, a tow truck operator, was driving his personal car northbound on Third Avenue, near its intersection with 48th Street, in the Sunset Park section of Brooklyn. While Pierce was passing through the intersection, his vehicle was struck on the left side by a car that was being driven by Vitalii Korolyk, who was traveling eastbound on 48th Street. Pierce claimed that he sustained injuries of his back, neck and a shoulder.

Pierce sued Korolyk and the owner of Korolyk’s car, Alexander Oberfeld. Pierce alleged that Korolyk was negligent in the operation of his vehicle. He further alleged that Oberfeld was vicariously liable for Korolyk’s actions.

Pierce claimed that Korolyk initiated the broadside collision when he failed to stop for a red light upon reaching the second intersection under the Gowanus Expressway overpass, where 48th Street crossed the northbound side of Third Avenue.

Defense counsel challenged whether Pierce in fact had a green light in his direction on Third Avenue and questioned the light change sequencing at successive intersections in such close proximity under the overpass. He also argued that Pierce was likely speeding during his approach to the subject intersection in the moments before the crash took place.

The matter proceeded to a summary jury trial that addressed liability and damages.

Pierce was transported from the scene of the accident by ambulance and taken to Lutheran Medical Center. He claimed that his neck, back and left shoulder were painful. Pierce received minor treatment and was released.

Pierce sought further medical attention when he found that his symptoms had not subsided after a few weeks had passed following the incident. Pierce claimed that he was ultimately diagnosed with a herniation of his L5-S1 intervertebral disc and radiculopathy abutting the right S1 nerve root, a bulging disc at the C6-7 level of his lumbar spine resulting in right neural foraminal stenosis with bilateral radiculopathy, as well as an intramedullary contusion of the anterior humeral head in his left shoulder.

Pierce commenced a four-month course of physical therapy shortly thereafter and claimed that he simultaneously received orthopedic treatment on a consistent basis throughout this period of time.

Pierce claimed that he missed nearly two months of work due to his injuries. He further claimed that once he eventually returned to his position, he resumed his duties while still dealing with significant pain and discomfort on a persistent basis.

Pierce contended that his injuries have also greatly restricted the extent to which he can partake in many of the activities that he previously enjoyed, including playing with his children and long walks with his wife.

Pierce contended that surgery was recommended by his treating doctors, specifically to address the mulitple disc protrusions, but acknowledged that he declined to have the suggested procedure done.

Pierce sought recovery of damages for past and future pain and suffering.

Defense counsel argued that Pierce had presented with similar injuries after being rear-ended in a motor vehicle accident one year earlier and therefore challenged whether his current complaints were causally related to the collision in question.

Pierce’s counsel countered that the subject accident exacerbated his pre-existing injuries and specifically caused the bulging disc in his lumbar spine to progress to a herniation. He also contended that MRI tests indicated Pierce’s lumbar radiculopathy had not pre-existed this crash and that the additional trauma from the second collision had left him much more susceptible to further back and neck injuries.

Defense counsel also disputed the severity of Pierce’s injuries and associated pain if he could reject a doctor’s advice to undergo surgery that would potentially alleviate his alleged symptoms.

The parties negotiated a high/low stipulation: Damages could not exceed $75,000, but they had to equal or exceed $5,000.

The jury found that Korolyk was negligent in the operation of his vehicle and the only substantial factor in causing the subject accident. Thus, it assigned 100-percent of the liability to the defendants.