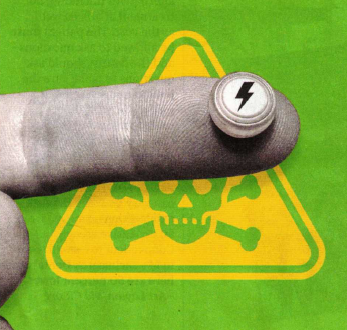 Once ingested, these batteries can cause serious injuries and even death. Without immediate medical care, permanent harm can occur within 2 hours, and damage can continue even after a battery has been removed.
Because these batteries are everywhere and the early symptoms of ingesting them can resemble those of other childhood illnesses, parents often do not easily realize their child has swallowed one.

Reese Hamsmith, an 18-month-old who died in December 2020 after swallowing a battery from a remote control, has the bipartisan measure promoted to direct the Consumer Product Safety Commission to create safety standards to prevent such tragedies.

It passed both chambers of Congress this summer and in August was signed into law by President Joe Biden.
Reese’s Law will require that products with button batteries, as well as battery packaging, be more child-resistant, and will mandate clear warning labels on products and packaging and in user manuals.

To learn more about how to keep children safe from button batteries, and what to do if one is ingested, go to poison.org/battery/guideline